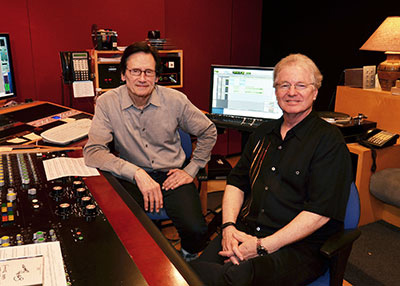 Stanley Johnston, longtime recording engineer for Crosby, Stills, Nash & Young, has mastered at Bernie Grundman's the band's historic 1974 tour. Recorded to 16-track analog 2-inch tape by Elliot Mazer and never released, the project collects the very best of numerous big arena and outdoor stadium dates with one of the most popular groups of the day.

"This project has been the most difficult, yet rewarding work I've ever done in my 50 years of recording," says Graham Nash. "It rekindled the love I have for my partners and the music we have made together."

"This recording has been in storage for 40 years like fine wine," reports Stanley Johnston. "Never released, it sounds fabulous. It's really wonderful to hear the whole loving team. I mentioned to Graham the other day that when you've got both Stephen Stills and Neil Young playing lead guitar on your song, it's pretty amazing."

Recorded at multiple venues, the band includes Russell Kunkel on drums, Tim Drummond on bass (from the James Brown band), and percussionist Joe Lala, who was in Still's band Manassas. The Warner Bros. album will be released on CD, Blu-ray, high-def 24-bit 192 kHz, and also traditional high-quality vinyl.

"CSNY did a tour of three-hour shows in 1974 and we've assembled it all into one show," explained Johnston. "Just as the shows were presented, there is first an electric set, then an intermission, and then an acoustic set, and then a final electric set. Typically, the band would play the first electric set and then take a break and then come back and do the acoustic set, which was a combination of the two. Acoustically they'd do songs that had all four of them sometimes, maybe only three out of the four, maybe one of them alone, so they'd each have a section. Then they would return to the stage and finish the show electric."

Crosby, Stills, Nash & Young were one of the reigning supergroups in the 70s, noted for their intricate vocal harmonies, often raging interpersonal relationships, political activism, and lasting influence on American music and culture. All four members of CSNY have been inducted into the Rock and Roll Hall of Fame twice.

Mastering engineer Bernie Grundman, who has worked with virtually every recording and distribution format, remarked, "I'm surprised at how good it sounds from way in the past and maybe that's the reason, because of all the hard work they put into it. Nowadays, with so much digital processing, the worst sounding material is usually live recording, unfortunately. This 1974 recording doesn't show any signs of poor recording or degraded audio. It actually sounds surprisingly good and that just contributes to the enjoyment because the musicality is still there. This is a good format, 16-track analog, and anything that's now being done to it, is in the highest 192 sampling rate."

Several versions of CSNY 1974 will be available July 7/8 From CSNY & Rhino, including previously unreleased concert footage, and a limited edition set presented In a custom wood box.