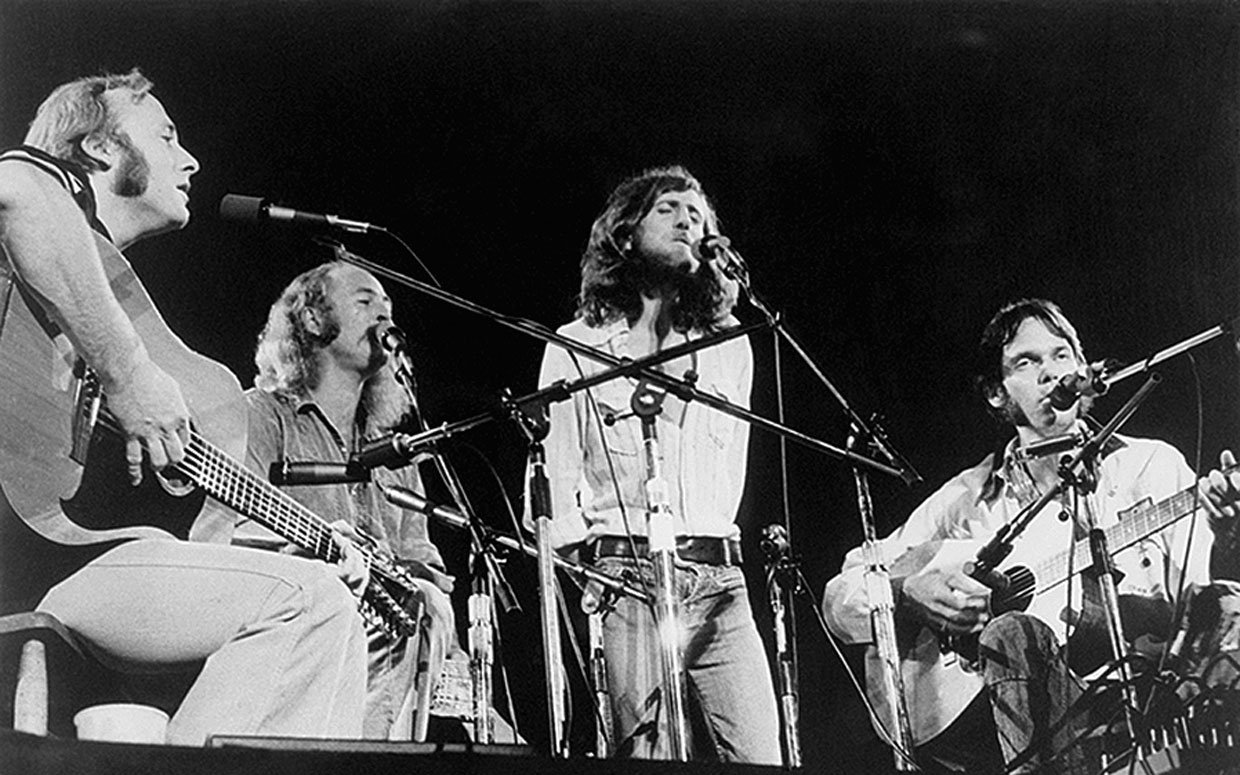 the summer of 1974, David Crosby, Stephen Stills, Graham Nash, and Neil Young made rock history with their epic nine-week, 31-date reunion tour, breaking ground by performing in stadiums in front of audiences of 50,000. At the time, they hadn’t played together for four years (and wouldn’t again until 1985).

Forty years later, they’re releasing CSNY 1974, a long-awaited collection of live recordings from the tour, this July 8. You can listen to the band perform their classic “Our House” live exclusively below.

The set, which also comes with the option of a Blu-Ray and can be preordered now:

...was produced by Nash with Joel Bernstein.  ”This is the most difficult project I’ve ever done in my recording life,” Nash told Rolling Stone. “That’s largely because of other people’s agendas and trying to please four people at the same time. It only took us a year to actually do the physical work, but it took three or four years to get that work together.”

That attention to detail seems to have paid off—the collection, which samples recordings from multiple concerts along the tour, sounds clear and powerful. ”Neil Young, God bless his cotton socks, has always wanted the audio to get as close to the recording experience as possible,” Nash said.

Crosby, 72, Stills, 69, Nash, 72, and Young, 68, haven’t toured together since 2006—but they’re not ruling out the possibility of getting the band back together someday. “I know that when we sing with Neil we make great music together,” Nash said. “That’s the secret of it. It all comes down to the music. I also think we might be one of the original groups from back then that still has all the original members, so anything is possible in the future.”